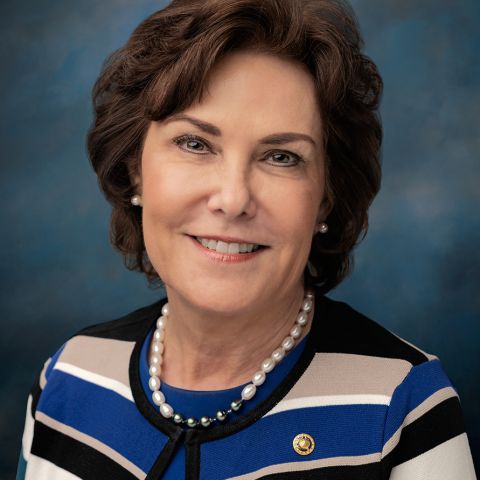 Before being elected to the Senate, Rosen represented Nevada’s Third District in the 115th Congress. Rosen served on the House Armed Services Committee, where she successfully worked to secure a pay increase for our men and women in uniform and introduced bills to help servicemembers find good-paying jobs after leaving the military. Rosen also served on the House Science, Space and Technology Committee, where she passed bipartisan legislation through the House to improve early childhood STEM education. In the House, Rosen led the effort to defend the constitutionality of the Affordable Care Act’s coverage protections for people with pre-existing conditions and was a member of the bipartisan Problem Solvers Caucus. Overall, Rosen introduced nearly two dozen pieces of legislation, including bills to help create jobs at small business tech startups, cap out-of-pocket prescription drug costs, combat workplace sexual harassment, and protect jobs in the solar industry from harmful tariffs. She also introduced bipartisan legislation to improve the VA that was signed into law as part of a larger VA reform package. During her first two years serving in Congress, more than 50 pieces of legislation sponsored or co-sponsored by Rosen passed the House, with nine becoming law.

Rosen was ranked as the fifth-most bipartisan freshman member of the House of Representatives in the 115th Congress.

Rosen has lived in Nevada for nearly 40 years. As the first member of her family to graduate from college, Rosen worked two jobs and took out student loans to make ends meet. She worked as a waitress, including at Caesars Palace in Las Vegas, and was a proud member of Culinary Workers Union Local 226.

Rosen worked as a computer programmer and software developer for some of the biggest companies in Nevada, including Summa Corporation, Citibank, and Southwest Gas. As former president of Congregation Ner Tamid in Henderson, Rosen dedicated countless hours to supporting her community and helping those in need. Rosen led a team that constructed one of the largest solar projects by a non-profit in southern Nevada through a public-private partnership. The solar array helped cut the synagogue’s energy bills by up to 70 percent. Under Rosen’s leadership, the synagogue prioritized programs serving the community through a partnership with Nevadans for the Common Good and provided meals and housing to the homeless through Family Promise.

Rosen and her husband Larry have one daughter, Miranda. Rosen received her undergraduate bachelor's degree from the University of Minnesota, Minneapolis in 1979. Rosen also received an associate’s degree in computing and information technology in 1985 from Clark County Community College — what is now the College of Southern Nevada.