Hosts with Multiple Units -- A Key Driver of Airbnb Growth 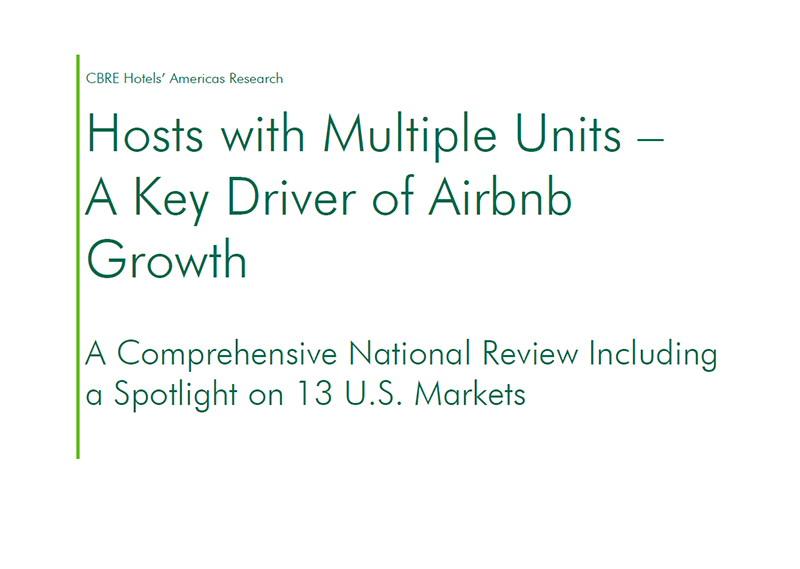 Short-term rental companies like Airbnb – by far the dominant player among its peers – claim they simply help regular folks occasionally rent out a spare room in their home to make some extra money. But in reality, a growing body of research, in study after study, reveals a significant – and rapidly growing – portion of Airbnb’s revenue in major U.S. cities is driven by commercial operators who rent out more than one residential property short-term visitors, essentially operating just like a hotel. Closing this 'illegal hotel loophole" is the only way for state and local governments to protect communities and ensure a fair and competitive travel marketplace.

A new analysis released by CBRE Hotels’ Americas Research, a leading real estate research company, released Hosts with Multiple Units – A Key Driver of Airbnb Growth, which adds to the overwhelming weight of evidence showing that short-term rental companies – and specifically Airbnb – are providing a platform for commercial operators to run illegitimate, unregulated and often illegal hotels in communities across the country.

Some of the data revealed in the study showed: